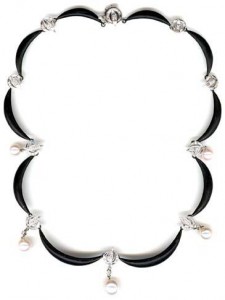 G T Marsh was born in the Melbourne Australia suburb of Richmond in 1857. His father was a composer and Music Teacher originally from England. His large family’s decision to move to the United States via Japan when George was 15 changed the boy’s life. Fascinated by Japanese culture, art and life style, young George begged his father to leave him in Yokohama, which was just opening up to the west. Impressed by his son’s youthful passion Mr. Marsh found his son a position in a import/export firm. George began his life in the business world.
The Marsh family settled in San Francisco requested George rejoin them in 1876. He brought with him an extensive collection of Japanese Art and the expertise, passion and business contact to start a business in San Francisco. “G. T. Marsh and Company: Japanese Art Repository” was opened with his father help in the Palace Hotel at 625 Market Street. It was likely the first Asian Art gallery in the United States.
Mr. Marsh may have been the first merchant in the United States to have his merchandise displayed on open tables throughout the store rather than behind a counter. The beauty of Japanese art caught the interest of the consumer, and G. T. Marsh was the only store to purchase real Japanese works for art for the home, as well as Jewelry and clothing.
Marsh married Lucy Whiteside in 1880, the niece to the first American Minister to Japan. The couple built a large home in the Outside Lands of San Francisco. A sparsely settled west section of town, the couple named their home Richmond and the suburb where George was born. The growing neighborhood was soon called the Richmond District.
In 1894 Marsh conceived and administered the Japanese Village exhibit at the 1894 California Midwinter International Exposition in Golden Gate Park. The village was transformed into what we know today as the Japanese Tea Garden by Makato Hagiwara.
Despite the destruction of the 1906 earthquake and fires that destroyed his business at the Palace Hotel. His business grew and expanded to multiple locations in California, including the landmark building that still stands in Monterey California. During the 1930’s the company expanded in the jewelry market . To this day they have a cult following for their unique designs of black patinated steel. Their long ties to the Orient had a major influence on their jewelry designs. Most of their designs featured Pearls or Jade. Pieces were often embellished with Coral, Diamonds, Lapis and Turquoise. G. T. Marsh jewelry is very rare and extremely collectible.
Marsh died at the age of 75 in 1932 in a car accident. The third generation family owned business, G. T. Marsh closed its doors in 2001 after 125 years in business.

Pictured below is a wonderful example of the a Marsh necklace:

The blackened iron sectional necklace consists of ten curved iron sections with diamonds set in stylized slave links. Five slave links have pearls drops from each, graduating down in size from the center. The entire necklace is 16” long and fastened with a box snap that matches the slave links.