While tromping around the Welsh countryside on  my most recent trip back home I could not help thinking about the stories of “Welsh gold”.  Most famously the British Royal family in 1911 started a tradition of making ceremonial jewelry and wedding bands from gold Mined from Wales.

Her Majesty Queen Elizabeth’s wedding ring, from her marriage to The Duke of Edinburgh on 20 November 1947 is crafted from a nugget of pure Welsh gold from the Clogau St. David’s mine. Other members of The Royal Family to have Welsh gold wedding rings include Princess Anne (1973), Princess Diana (1981), Prince Charles (1981 & 2005) and Camilla, The Duchess of Cornwall (2005).

The tradition of using Welsh gold in the wedding rings of the British Royal family was carried into its 88th year with the most recent Royal wedding of the Duke and Duchess of Cambridge on 29 April 2011. Catherine commissioned her wedding ring to be made from pure Welsh gold (24K).

today Welsh gold nuggets sell for a premium due to their rarity and there are companies that are selling gold jewelry with a “touch” of Welsh gold in them – a marketing strategy I am sure. 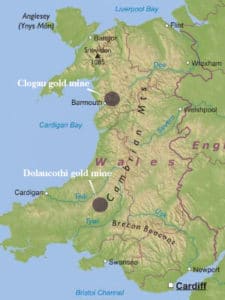 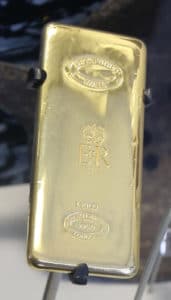