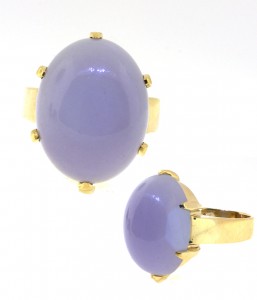 S & G Gump was founded as a mirror and frame shop in 1861 by Solomon Gump and his brother, Gustav. They would later sell moldings, gilded cornices and European artwork to those recently made wealthy from the California Gold Rush.

The business flourished, eventually passed the first of Solomons sons Alfred Livingston Gump. In the 1906 fires that followed Earthquake the store and all of the merchandise was destroyed, but thanks to Dodie Valencia, Alfred received $17,000 for one of his paintings, which allowed funding for the rebuilding and restocking of the store. Alfred fueled by his passion for Oriental art began selling his exotic collectibles from the Far East. He sent buyers from the company to Japan and China, bringing back exotic rugs, porcelains, silks, bronzes and jades to California’s new millionaires.

Richard Gump, one of Alfred’s three children,became president of Gump’s after his father’s death in 1947. Continuing the family legacy, Richard ran the company’s overall operations until his retirement in 1975. Gumps continues it’s tradition of offering a range of goods from around the world at it’s Post Street location.

Gumps is known for it’s stunning offering’s of Jade Jewelry. Featured is a wonderful example of a classic Lavender Jade Ring set in 18K yellow gold with a six prong mounting.

Lavender jade is a pink-to-purple variation of Jadeitite, one of the two minerals commonly classified as “true jade.” It may range in color from creamy pink to blue-violet.